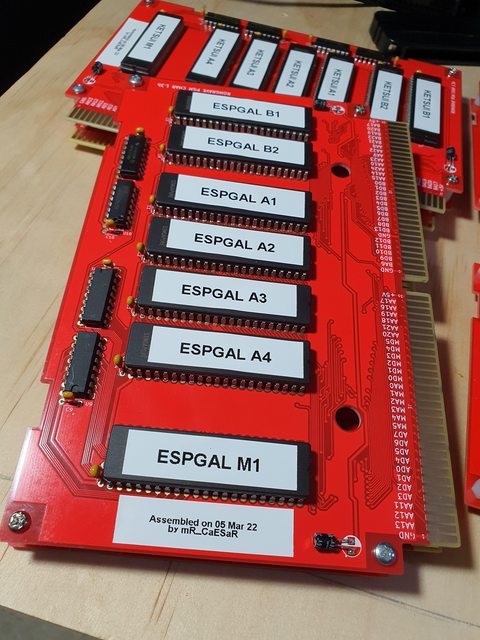 For those that are into shmups, of course know “Cave” and there’s a user on Arcade Projects that created PCBs to essentially create the 3x IGS PGM converted titles – DoDonpachi DaiOuJou, Espgaluda and Ketsui.

Whilst I already have these three games on IGS PGM (Chinese version), Fluffy’s ones are apparently better in the long term due to using the correct voltage on the chips (I’m not sure, but it’s community accepted)

It’s been a long time coming, but I eventually ordered the necessary parts to build this – it’s a long process, but if you have an EPROM Programmer and some soldering skills, you should be all good.

I ordered 4x sets so I could have all 3 made up and use one as a “test” board – the way these are, you can’t socket one particular board so you have to directly solder them on and I can’t think of anything worse than trying to troubleshoot which eprom is screwed and having to desolder it all, so with the test board, it won’t be in a case, so I can socket the board, test and then install in a proper board.

Quick install of the sockets

Then all the necessary resistors and caps

The populated “Char board”

After some quick troubleshooting tips from the thread and gc8tech (pretty much the IGS PGM Guru) on discord, he recommended I reburn a T1 and T2 chip along with the U5 GAL. I did this and voila!! We have a working DOJ!!

I’ve got some more DIP42 sockets to wait for, but I managed to build the rest of the boards today

Burning all these EPROMS and GALs took pretty much the whole morning/early afternoon – jeez they take long!!

Over the next few days, I’ll test DOJ properly and ensure I can clear it without any glitches before soldering it onto the board.

Who doesn’t love a good label?

Ketsui Trap Edition (with a jumper on JP2)

Last thing left for this project is the waiting game. Waiting for some more DIP 42 and DIP 20 sockets and the cases, other than that, the project is done 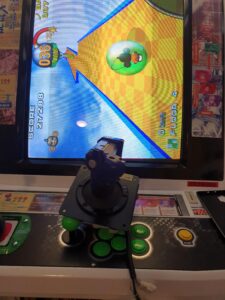 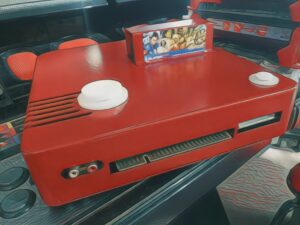 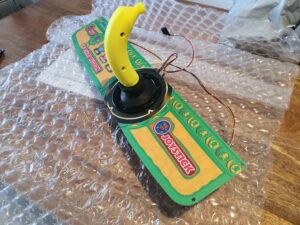