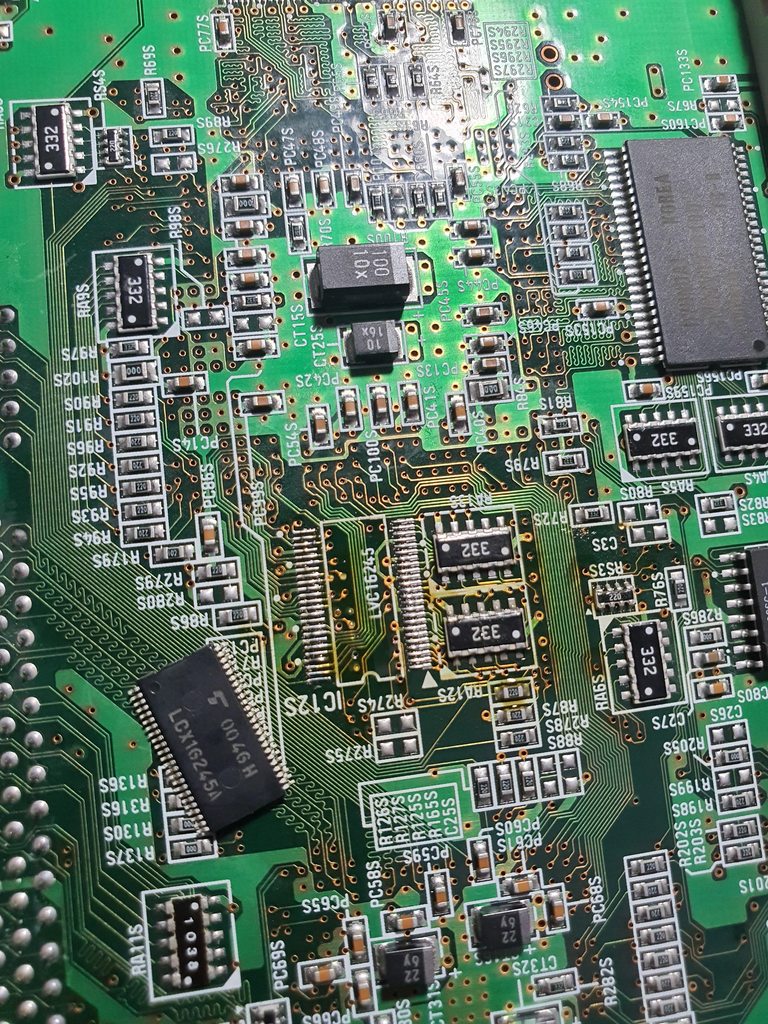 I had these two Sega Naomi DIMMs with the following issue

The “no bios” one is the normal DIMM and the “faulty base” is the NetDIMM.

I had previously tried to fix these two DIMMs with reflashing the bios I would say 10 times each – I eventually gave up and almost threw both of them in the bin.

I came across a thread that states the “buffer chips” are the one of the biggest causes of “error 22” on the Naomi. Fortunately, I had some spares that I purchased on my attempt at fixing another Naomi Cart (Marvel Vs Capcom 2 – but I sent that off to Ken at irepairsega as it was way over my head).

Removing the buffer chip was easy enough – blast it with some hot air and before you know it, she’s off!

Once soldered back on, it should look something like this

Gave it a quick whirl and knew it was working straight away as the Naomi Boot screen either showed “Naomi Network System” or “Naomi GD Rom System” depending on which card was attached to the Naomi. In this particular test, it was the GD Rom pcb. Loaded up a CF card game and it started booting straight away

Repeated the same process for the other pcb and she worked perfectly fine.

For reference, the buffer chip has the part number of LCX16245. I purchased mine from ebay. 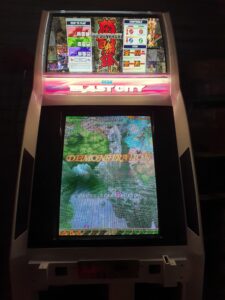 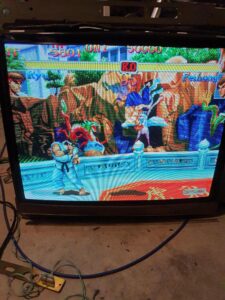 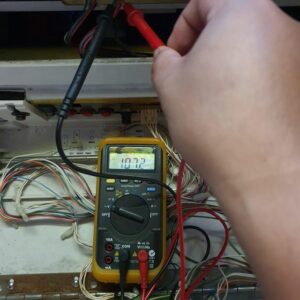