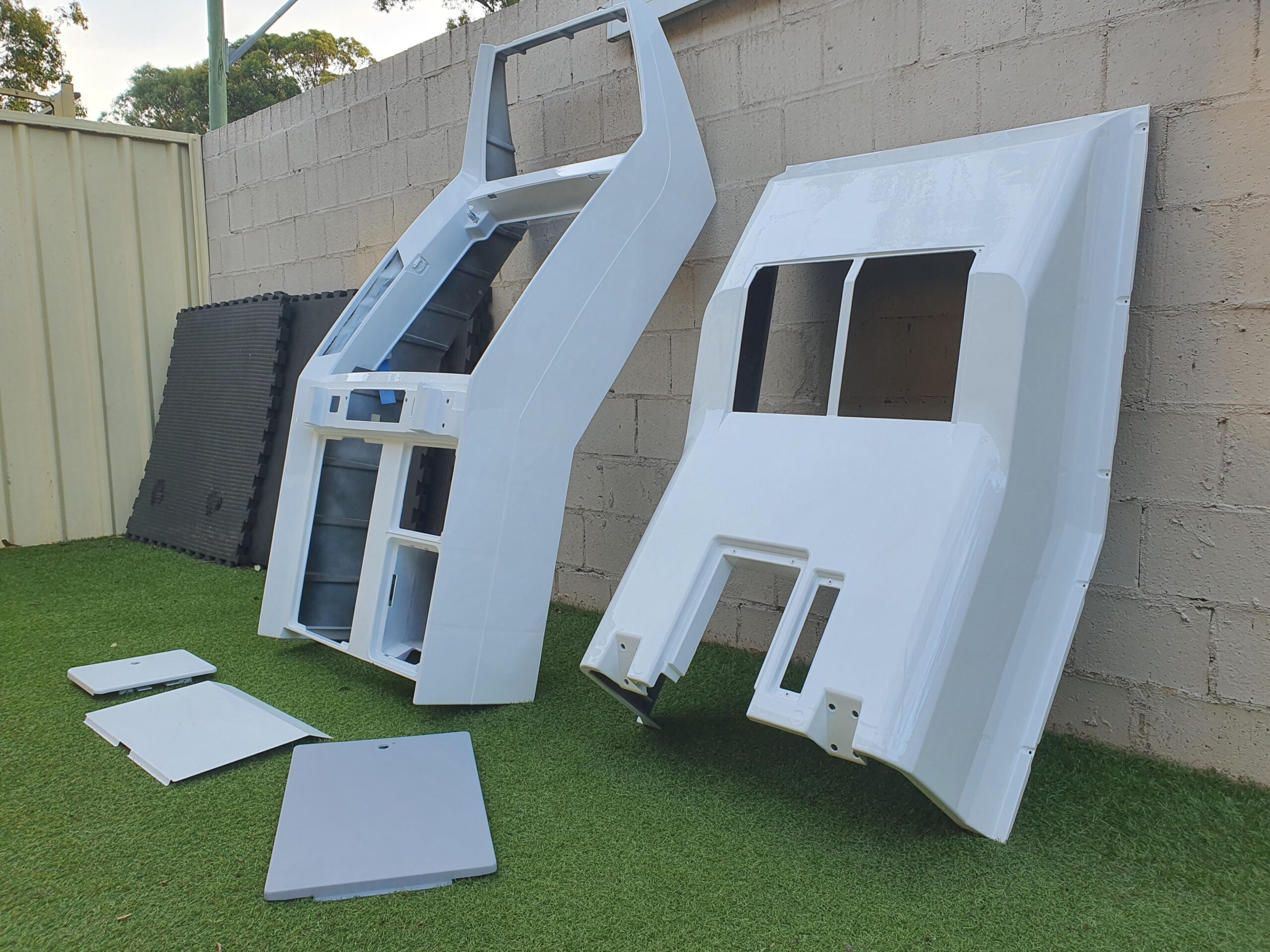 Wow, it’s been 4 months since I last updated!

I haven’t really had much motivation to finish it off, I had one cab in its place with the rest of the cabs which made me really delay the finishing of the other cab.

With that said, I recently sold off one blast so I needed to get a crack on the other one. I’m gotten to the point where I don’t care any more about the paint job LOL. I’ve gone through about 10 coats doing the two major pieces with sanding in between as I either can’t “get the right finish” or it ends up having some paint running because I’m getting too impatient. The last coat I did is the final coat for the two shells (if there’s runs, there’s runs, if it’s uneven, it’s uneven). I’m done, I just want to build it and get it done.

The paint has dried, but I’ll wait a few more days for it to cure. On the photo, it doesn’t look too bad, but on closer inspection, there’s definitely a run or two – oh well!

These pieces aren’t too bad to paint, definitely a lot easier to get a decent finish than the two shells

In between paint coats, I decided to mod the coin mech that I purchased from YAJ. Since it accepted ¥100 coins, I knew the Capcom tokens I had were slightly bigger, but also knew these coin mechs should be able to have some sort of adjustment to allow for slight variations.

Video of it all working

Hopefully in the next week or so, I can at least put the two shells together and start the rebuild process!

I hope I still remember how to re-install everything, I was supposed to use the other blast to copy, but now that’s gone, silly me didn’t take proper pics and what not – I’m sure I’ll figure it out